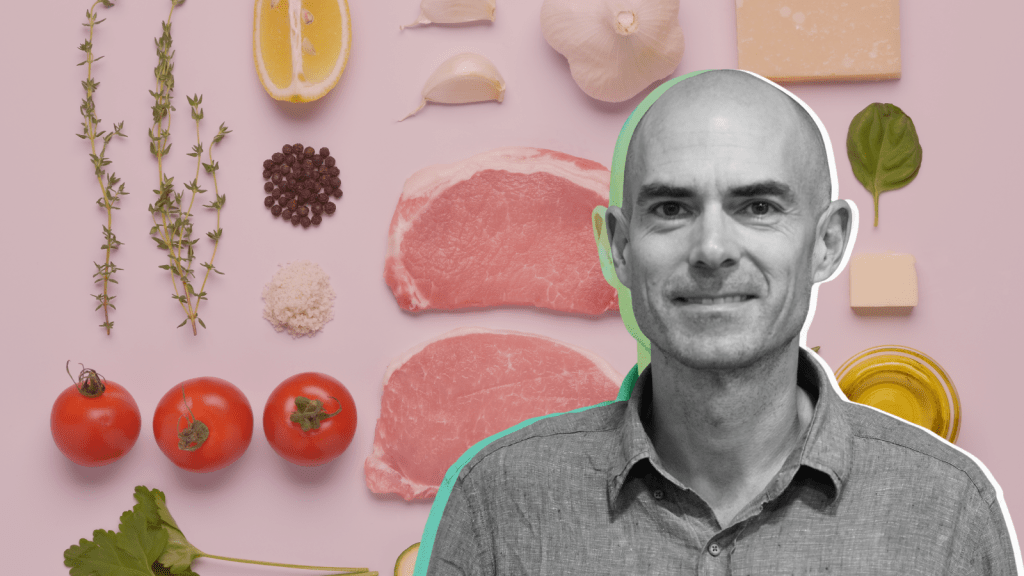 This post has been updated with additional information from Zahn.

Oliver Zahn is an astrophysicist who until a few years ago worked alongside Nobel laureates at University of California, Berkeley pondering the nature of the universe. He’s also a skilled mathematician with an abiding love of philosophy and how it can help make sense of the world’s problems — like, say, tackling climate change.

Addressing that existential crisis led Zahn to data and food science, two fields he combined at Climax Foods, the company he founded in 2019 after stints at Google and with the folks behind the faux-meat Impossible burger that fooled Glenn Beck. (Yes, that Glenn Beck. Turns out he’s also a rancher). He and a small team of chemists and other scientists are using machine learning to identify all the combinations of plant-based proteins they could use to create meat and cheese alternatives that taste like the real thing.

Beyond building better beef, Climax Foods and others in the alt-meat biz just might help save the planet. Producing the 9 billion-plus cattle, chickens, turkeys, hogs, and other animals Americans eat each year contributes about 4 percent of the nation’s greenhouse gas emissions. (Worldwide, livestock accounts for between 14.5 and 18 percent of human-induced greenhouse gas emissions.) It also uses about 40 percent of the country’s landmass when you factor in the area needed to raise the food all those animals eat. Globally, livestock produces more CO? than all of the world’s transportation combined.

Climax is one of a growing number of startups that believe using plants to make protein is a key climate solution, and a growing number of consumers — not all of them vegetarians — are only too happy to buy what they’re selling. Between 2015 and 2019, alt-meat sales in the U.S. hit almost $1 billion, a jump of 56 percent. One survey found that nearly eight in 10 millennials, the country’s largest demographic group, eat the stuff. That helps explain why Climax recently raised $7.5 million in seed funding.

Fix sat down with Zahn to talk about the wastefulness of animal agriculture, why he made the jump from astrophysics to food, and how his work might lead to a better burger —and maybe even vegan cheese you’d actually want to eat.

On his love of science — and philosophy 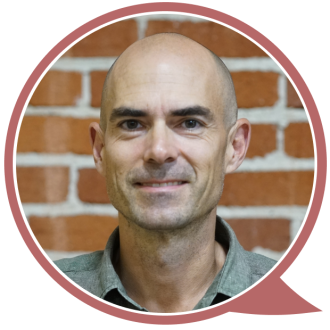 I’ve always been a very philosophical person. At the same time, I was always very good at math — I won all sorts of competitions in Germany, where I grew up. I studied physics and philosophy in school. To me, physics is like philosophy, but with math as the language. I got my Ph.D. in astrophysics at Harvard, did my postdoc at Berkeley, and then I ran the Berkeley Center for Cosmological Physics, which was a great honor. But at the same time, I knew I had to shift the tracks a little bit. Science enables us to do many things, but it’s also not necessary in many cases, and sometimes it’s even disruptive. Humans have this amazing ability to understand and change things, but at the same time, we’re also engaged in this sort of ravenous industrialization that’s potentially going to kill us.

On switching from astrophysics to food

I’ve also always really been into food. I’ve been on a plant-based diet since I was a teenager and gave up meat quite easily, but avoiding cheese was really hard. But cows need to be forcefully impregnated to produce milk, and that’s just nasty stuff. Plus, raising livestock is such an antiquated way to derive nutrients from the Earth. Instead of eating plants, we funnel them through the extremely complicated machine that is an animal. It’s such a wasteful process and of course it contributes to global warming, as animals naturally emit methane.

There’s also a lot of CO? produced too, to keep farms running and to produce all the plants that animals eat. More than a third of the world’s fresh water goes to animal agriculture, and 40 percent of the world’s arable land is used by animal ag, primarily for the food we grow to feed the animals we eat. There’s just so much waste involved, and as a scientist, that just didn’t make much sense to me. There are so many plants in the world with many protein types as well as a great abundance of flavor-active compounds. You can combine these building blocks in a multitude of ways to create flavors and textures not unlike those we love in animal foods. But how does one do this?

On why he launched a food-science startup

I founded Climax Foods to try and figure this out. In short, it’s an extremely rich combinatorial problem, which means that you have many different ways of combining something. There are thousands of plant species that we might source at scale, and they all have various degrees of proteins, fats, carbohydrates, minerals, vitamins, and so on. How do you mine these thousands of functional proteins, tens of thousands of flavor-active compounds, and hundreds of thousands of precursors to flavors and textures, and process them in different ways, like through heat or fermentation or changing their pH?

“There’s no reason why we couldn’t actually create something that is better than the animal version.”

As there are millions of things you can combine in an infinite number of ways, it becomes quite difficult to do it in a trial-and-error manner. You need a machine-learning model to understand what might happen in other contexts, even if you don’t test every combination directly in the lab. It’s sort of like with self-driving cars: Teslas have driven less than 1 percent of all the highways in the world, but they are able to extrapolate information from that on what to do on all the other highways in the world, and they’re getting better and better at that all the time. And you can do the same thing with food.

We have extremely promising prototypes and we are starting to fool people when we do blind taste tests. Our goal right now is to match the taste and texture of animal products. But we’ve had the realization that there’s no reason why we couldn’t go way beyond that and actually create something that is better than the animal version. And we have lots of ideas for how to do that. We’re creating a lot of different things right now, though cheese is the thing we’re most excited about.

On his optimism about the future of food

Our species is at this amazing point in time — there’s so much opportunity and yet we face these great existential threats. Being part of this journey to turn things around is just fascinating to me. I don’t mean to dismiss the many environmental problems we need to solve. But in a way, food is the most irreducible of them. We sort of know how to solve transport, and we sort of know how to solve the global warming caused by industry — we just need to scale technologies that already exist for harnessing solar energy. The only other big contributor to global warming and environmental devastation is animal agriculture. While I loved astrophysics, asking the ultimate questions like, “Where do we all come from, and where are we all going?” always felt like something was missing. I think there’s a good argument to be made that this is the most exciting problem to work on right now.