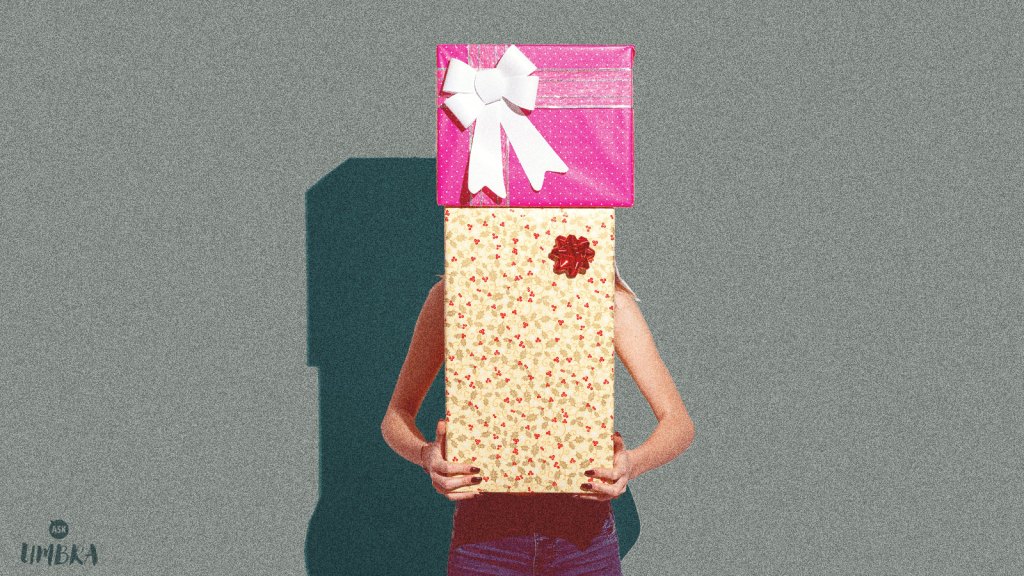 Get the latest from Ask Umbra every weekSubscribe to Ask Umbra

I know we’re in the middle of a pandemic and a climate crisis, but I just want to put my head down and focus on the holidays. Does that make me a bad person?

Your predicament is current, of course, but it reminds me of a conversation I had with my parents approximately 10,000 years ago, back in April. I had asked them what television shows they were watching to help cope with lockdown, and my mom told me she and my dad had been watching a series about Jews in a French border village at the start of World War II. It “really put things in perspective on all these people complaining they can’t go to the movies,” she offered, brightly. It was the most archetypal Jewish mother conversation-ender you can imagine: a perfect blend of guilt-tripping and an ethnic frame of reference endowed by millennia of varying degrees of subjugation.

Meanwhile, I had been dealing with pandemic stress by rewatching Sex and the City for the 800th time (which, incidentally, also deals with the question of the generational trauma of the Jewish people in the episode where Charlotte decides to convert for her Holocaust survivor-descended boyfriend).

The point is, every person has their own way of dealing with difficult situations, running the gamut from escapism to steely-eyed pragmatism. But there’s something to be said for embracing the method that makes you feel good. There’s even a psychological argument for it, according to the “broaden-and-build theory of positive emotions,” developed by clinical psychologist Barbara Frederickson around the turn of this century.

Frederickson argued that experiencing positive emotions energizes us and makes us more resilient to deal with challenges down the line — a theory that could help explain humans’ dogged pursuit of love and joy in logical evolutionary terms. Of course, no emotion is permanent — a mantra very familiar to anyone who’s experienced PMS. But experiencing a bout of genuine elation, no matter its provenance or duration, actually seems to set you up to better endure future sadness down the line.

You’ve probably heard about “gratitude practice,” which is just a Gwyneth Paltrow-y way of saying you take time to recognize and feel thankful for what makes you happy, however inconsequential. It’s very trendy, possibly because it is better at lifting one’s mood, outlook and energy levels than rewatching the same television show over and over again until you have, against your will, memorized every horrific Carrie Bradshaw pun. However woo-woo it may seem, that practice has been clinically tied to being able to bounce back from traumatic and stressful events (like the one we’re all living through now).

You are allowed — nay, encouraged — to feel grateful for being able to take on the holiday traditions that bring you comfort! If you love gift-wrapping and cookie-baking and tree-decorating and the idea of getting into it as soon as possible really warms you up inside, then yes, do that! I know I’ve railed against the consumerist beast that lives in so much Christmas tradition, but I would never deprive someone of a source of happiness — especially this year.

But pursuing joys some might call frivolous should be seen as more of a treatment for reality than a cure. As we know on the climate front, prolonged escape of a problem does not actually make you immune to said problem. And if you are feeling really down or helpless, you can’t force yourself to feel fine by simply gritting your teeth and telling yourself that you should.

No offense to my mother, who’s definitely reading this (this isn’t a judgment of you or your methods, Mom! I love you!), but I’d recommend against implementing the “feel better by comparison” rationale that other people have had it worse or currently do have it worse. When you read about suicide prevention, for example, that’s one of the big DO NOT DO behaviors: reminding someone in distress of the hardship of others. It’s simply not effective; it just builds more negative feelings because now that distressed person is dealing with guilt over why they should feel OK, in addition to already being depressed. I think the same anti-guilt philosophy applies to you wanting to enjoy any little morsels of happiness that you manage to pull out of the filthy couch cushions of your 2020 life!

There’s a scene in the flawless one-season 1994 show My So-Called Life, where the flannel-swaddled protagonist Angela Chase argues that Anne Frank was “lucky” because she spent the year she was hiding from the Nazis “locked up with this boy she really likes.” (My apologies for yet another Holocaust reference into a holiday-themed advice column, but hey, like mother like daughter!) This is an obviously deranged interpretation of a story that ends in a young girl dying at the Bergen-Belsen concentration camp, and Angela gets roundly shamed for it. At the same time, if you actually read Frank’s diary, it is pretty heartwarming — and heartbreaking — how much of it is devoted to excitement about her crush.

But those good things are not happening to everyone — an understatement, to be sure. And that’s why I’m going to recommend a sort of pay-it-forward approach. I am sure that you know people who are suffering: who have lost something or someone during this pandemic, who were affected by this year’s record fires or record hurricanes or record unemployment numbers, who are terribly lonely or just dejected about so much death and societal dysfunction. The energy that you get from cultivating joy in your own life can — and should, I might add! — be used to be there for others: to call and check in, even just to leave a voicemail, to send money or food if you can spare it, simply to be supportive.

Because it does take emotional strength to support the people you care about, and that’s in scarce supply at this time of year even in the best of times. If you are able to find happiness in this really difficult time, you have happened upon an incredibly valuable source of renewable energy. Use it wisely, and by all means, enjoy it.

Readers can upvote a question; Umbra answers it!